Blockchain technology is gaining power over every sector, and the latest is the motor industry where Porsche has availed their projects on testing blockchain applications in their cars. The car firm reported that they would be the first test this technology in cars. According to the financial strategist at Porsche Oliver Dring, the technology will facilitate secure data transfer in everyday situations whether parking, charging, hiring the car to a third party which will offer many benefits to the customers using this IT solutions.

The same technology was illustrated at the visionary technology conference in 2001 demonstrated the idea of smart contracts being used to solve trust issues. He said that the property might be embedded with owner’s information and an example where the car key can be made to operate if only the car hire fee has been paid. The company said they have already conducted successful tests from locking and unlocking the doors using a blockchain app and also approving temporary access to someone who is not the owner. Authorization is executed securely and efficiently, and they have the hopes that the same IT Solutions and blockchain technology can be used to authenticate a secure connection between the data of the vehicle and its functionalities while protecting communication between the involved parties.

Once Porsche becomes part of the blockchain, Authorizations for accessing the car will be executed digitally using the automated smart contract system on the digital platform where the owner can monitor the movement of every car that belongs to their fleet. The data collected by cars is useful for navigation and can be sold to other drivers and integrators. This integration will open the doors for the development of self-driving cars combination of swarm data collected by other drivers. This can be used to develop and integrate Artificial Intelligence technology and machine language in promoting the efforts of developing self-driving cars.

Gathering and selling of swarm data will be a real-time process hence can be used to oversee road and traffic conditions and become a global business. Although Porsche did not mention about its blockchain and AI technology, the company revealed that they are working with XAIN which is a Berlin-based firm that is a blockchain based developer. They are also working with AI and Internet of Things focussing on how they can develop intelligent applications that they can use for industrial purposes. Working with XAIN was a great idea as the firm is highly recognized when it comes to developing blockchain technology applications and AI technologies. They also won the XAIN AG Porsche Innovation Contest back in 2007 where they beat more than 120 other startups to emerge the winners. Their technology is based on Ethereum and the current trends of machine learning methods.

XAIN stands for eXpandable AI Network and describes themselves as an open or permission system committed to blockchain technology and AI. Their main objective is to focus on low energy consumption IoT devices which can be integrated. The firm wants to make use of the distributed machine language to facilitate manufacturing of self-driving cars that are trained by local data and regular data such as varied weather conditions. This will promote the idea of automated driving in areas such as Europe and Asia which are adequately covered by the efforts of global solution training in Silicon Valley. This is why Porsche is partnering with the firm as they have seen the potential in developing automated cars based on IT Solutions and blockchain technology. 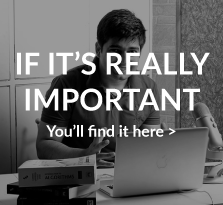